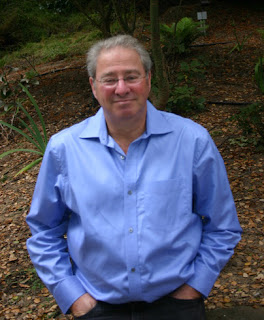 Daniel “Danny” Scher spent the final 24 years of the 20th century working alongside famed San Francisco Bay Area music impresario Bill Graham. Danny’s accomplishments were significant, and included some of the company’s biggest projects. He created and produced the annual New Orleans by the Bay Festival, the largest New Orleans food and music festival outside of New Orleans itself; developed the famed outdoor Shoreline Amphitheater in Mountain View, California; and booked venues such as San Francisco’s iconic Winterland Ballroom and the massive Day on the Green concerts at the Oakland-Alameda County Coliseum.

Danny remains quite active in the music and concert world, and has been in the news lately for facilitating the release of a vintage live performance by Thelonious Monk; the album, titled Palo Alto, debuted this past summer.

In the autumn of 1967, Danny was a junior at Palo Alto (Paly) High School. Even then, he wanted to be a concert promoter.

He began with Vince Guaraldi. Danny turned 16 on October 19 that year; shortly before that milestone birthday, the ambitious young man cold-called Guaraldi, to “invite” him to perform at Paly High. And Guaraldi accepted.

But let’s back up a bit.

Danny was born with music in his blood. He has played drums his entire life, ever since attending Palo Alto’s Herbert Hoover Elementary School. He grew up bold; as a child of 8 or 9, attending dinner shows and concerts with his family, he’d sneak backstage in order to get autographs from the performers. He fronted a Dixieland jazz band in junior high school — The Dukes of Dixie — and was principal percussionist and timpanist with the California Youth Symphony. 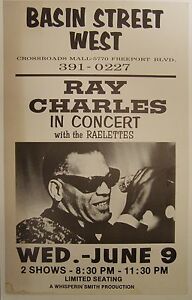 He also was something of an anomaly, during a time when kids his age were obsessed by rock ’n’ roll. “I started studying jazz,” he recalls, “and giving reports on its history in my eighth and ninth grade classes.”

He desperately wanted to see the many big names booked into San Francisco’s clubs during the height of the city’s jazz scene, but his age was an insurmountable barrier.

“You had to be 21 to get in. That was one of the reasons I wanted to start promoting in high school; I couldn’t see these guys any other way. The only exception was Basin Street West, which allowed minors, because they served food.”

(The Blackhawk also briefly maintained a section for minors, separated from the rest of the bar by chicken wire. But that practice ceased in 1953 or ’54, by order of San Francisco Mayor George Christopher; besides which, the club closed in July 1963.)

Danny saw Dave Brubeck perform at Basin Street West when he was 14. The excursion involved bus fare, a door admission fee and a pair of Cokes, to accommodate the two-drink minimum: a month’s wages from his newspaper route. “The best money I ever spent,” Danny insists, to this day.

The 1965-66 academic year at Stanford University remains famous today as its “great jazz year.” During a seven-month period, concerts were given by Duke Ellington, Ella Fitzgerald, Louis Armstrong, Monk, John Coltrane, Dizzy Gillespie, the Modern Jazz Quartet, Muddy Waters, Ray Charles and Miles Davis. Danny made himself available to put up posters or handle any other odd jobs. 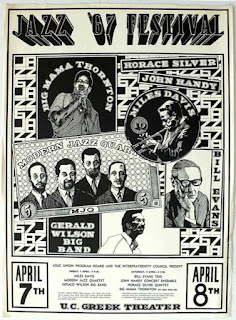 A year or so after Danny entered Paly High, a UC Berkeley undergraduate named Darlene Chan began laying the groundwork for what would become the annual Berkeley Jazz Festival, which she founded in 1967. The debut event was held April 7-8 at the campus’ outdoor Greek Theater. Danny was a sophomore when he learned about it.

“I called her, and asked if I could help publicize the festival. So she sent me a bunch of posters, and I put them up all around Stanford and Palo Alto. And she gave me free tickets.”

(Chan organized the first three Berkeley Jazz Fests, which anticipated her career in the field; among many other accomplishments, she ultimately became Senior West Coast Director in charge of programming for the Playboy Jazz Festival, and along the way produced the landmark 1981 TV special, Count Basie at Carnegie Hall.)

The relationship proved cordial, and Danny took advantage. “I told her that I wanted to book concerts at my high school, so she gave me the phone numbers of Vince Guaraldi and Jon Hendricks, who both lived in the Bay Area at the time.”

(Asked if what he did next was rather audacious, for a high school junior, Danny chuckles and insists, “Well, I didn’t think so.”)

“I didn’t know anything about managers or agents, so I just called Guaraldi, and said I wanted to book him at my high school. He asked if I’d ever promoted a concert before, and I said, ‘No, but I’ve been to a lot of them.’ He was really nice, and he said, Well, come on up to my house, and I’ll give you a little lesson in how to promote. I took a bus; he lived in Marin, and that was one of the first times I remember crossing the Golden Gate Bridge.

“His house had a basement, and that’s where his piano was. He gave me a sample press release, and advised that I should keep mine to one page, with the who/what/where/when at the top of the page, and my contact information in the upper left-hand corner. He gave me some publicity pictures of himself, and a box filled with cardboard mustaches.”

(Those mustaches, based on Guaraldi’s own ‘stache, had been a promotional gimmick for the past few years, devised by Fantasy Records’ Max Weiss. “Vince often played with his handlebar mustache,” recalled Anne Sete. “He’d twirl the ends, so that they were pointed. It was one of his little gestures. So Max had these cardboard handlebar mustache things printed up, and gave them to club owners, who passed them out. That was part of the fun: You’d look out into the audience and see all these Vince Guaraldi mustaches.”)

“Then I called Hendricks,” Danny continues, “who was working with Larry Vukovich at the time.”

(“I later managed Hendricks when I was in college, out of my dorm room,” Danny adds. “And I wasn’t old enough to get into the places where I was booking him. So I’d have to call ahead and say that I’d be coming, and please put my name at the door, so nobody would ask for my ID!”)

Having obtained a positive response from both musicians, Danny knew he had to generate interest in order to sell tickets. (“I was concerned that maybe not enough people really knew who Guaraldi was, at the time.”) So he and Kent Hedberg — an “equally nerdy friend” — set up a radio station at the high school.

“It wasn’t really a radio station,” Danny admits. “It was just a sound system, but we called it Radio X. We wired the school amphitheater with speakers. Kent had a rock ’n’ roll show, and I had an afternoon jazz show. So I kept playing the records that Guaraldi and Hendricks gave me.”

The concert was held December 16, 1967, in the school’s George Stewart Gym. (“Paly had an auditorium,” Danny acknowledges, “but I have no idea why we didn’t use it.”) He had successfully spread the word far and wide; the San Francisco Examiner even noted the event in that day’s paper.

Guaraldi arrived with guitarist Eddie Duran, drummer Colin Bailey and a bassist whose identity has been lost to time.

“It was the first concert I produced,” Danny admits, “so I knew nothing about pianos, stages, sound systems or lights.” There was no stage, and Guaraldi graciously tolerated the upright piano that had been set up for him.

According to the brief overview that later appeared in that year’s Paly High yearbook, “Mustaches blossomed on the faces of the large crowd.” Guaraldi’s combo and Hendricks delivered individual sets, and the evening concluded with a performance by the rock band Liberty Street.

“The show was a huge hit,” Danny recalls. “I vividly remember thinking, This is what I want to do with the rest of my life.

Indeed, he wasted no time. “Vince gave me a big break. As did Thelonious Monk, and Duke Ellington, and Cal Tjader. I called all of them.

“And then I graduated from high school.”

Danny’s entry in the 1969 Palo Alto High School yearbook — The Madrono — notes that he “…spends his spare time promoting jazz concerts [and is] planning on an occupation as a concert promoter or a lawyer … [and] would like most of all to play with Duke Ellington.”

(Monk’s performance, on October 27, 1968 — Danny’s senior year — was recorded by the school janitor on a quarter-inch reel-to-reel tape, which he gave back to Danny. It then sat for decades in a closet in his parents’ house, until he had it digitized; he later contacted Monk’s son, ultimately leading to the just-released album.)

And although he has since represented and worked with all manner of jazz and rock ’n’ roll stars, Danny still remembers that evening in December 1967 with fondness.

“It changed my life!”