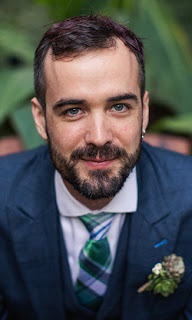 Back on February 1, I was contacted by Alec Huntley, a graduate student at the University of North Texas (UNT), who was working toward his doctoral degree in jazz. He had decided to write his upcoming dissertation on Guaraldi’s specific idiomatic musical techniques: the first time (to my knowledge) that Dr. Funk has been accorded such scholarly attention.
Alec already had spent considerable time with my Guaraldi bio, blog and companion web pages; he was — at that point — in the process of compiling a master chronological spreadsheet of Guaraldi’s entire recorded output, with an eye (and ear) toward revealing trends in the way he developed his signature sound during his lifetime. That was a challenging task, since many of the later (posthumous) digital releases are bereft of recording dates.
Alec asked if I’d be willing to help with that and any other questions, general insights, leads or suggestions; of course I agreed immediately and enthusiastically. (Actually, he had me before I finished reading his note’s second sentence.) We subsequently began an occasional correspondence; I also put Alec in touch with George Winston, who became just as helpful (which didn’t surprise me at all). Alec and I also “met” during a lengthy Zoom chat; he was armed with lots of questions and comments, which I did my best to address.
He completed the first draft of what became The Guaraldi Sound: The Musical Devices that Characterize Vince Guaraldi’s Improvisational and Compositional Style on October 1. He hoped I’d be willing to read it, to ensure no errors had crept into the manuscript; again, I cheerfully agreed. (This was strictly a factual read-through; Alec made it clear that I was not to act as a copy-editor, as he’d get that sort of feedback when the manuscript was presented to his committee members.) In fact, I wound up reading it three times, during the next two weeks, as he sent along second and third drafts.

He submitted the final draft to his committee members on October 23, and then presented it during a formal lecture/recital on October 26. Normally, this would have taken place in a lecture hall filled with people, but COVID restrictions prevented that; the event instead was livestreamed to any and all interested folks. Happily, the event also was recorded, and Alec just posted the entire presentation on YouTube.
(Alec’s wife Katie drew the illustration. The Woodstock-ish character is the UNT mascot, Scrappy the Eagle.)
As Alec notes there, the dissertation also will be available to all when published, and he’ll include a link to it at the same Facebook page; I’ll also add that link to this post, when accessible.
I was quite honored to have been entrusted to help Alec, and I’m delighted that his thorough research and insightful analysis are shortly to become available to the general public. On a personal note, I’m thrilled by the number of footnotes that source my various Guaraldi-related endeavors. Dissertations are as “forever” as the Internet, and it’s exciting to know that future scholars, looking into Guaraldi’s career, will find my modest contribution acknowledged.
********
UPDATE: Alec's dissertation has been published, and can be read here.
Posted by Derrick Bang at 3:14 PM

Thanks Derrick for all your help on the dissertation and for this plug!

I've never read or watched a dissertation, but I did with this one. I'm a Vince Guaraldi aficionado (and fellow San Franciscan), but I'm no musician and don't know music theory. However, Alec's presentation was fantastic -- it was fascinating to learn how a variety of influences show up in Vince's work and Alec made it very approachable for a layperson to grasp. Thank you for the hard work and passion; it deepens my love for this man, his story, and the music he brought to the world.

Thanks, Mike! If you're still there, please keep The City nice for me. I want to come back soon.