A fresh honor for Dr. Funk

Guaraldi may have left us more than 40 years ago, but his legacy remains as vibrant today, as it was during his lifetime … if not even more so.

The proof: The awards and acknowledgments keep coming. 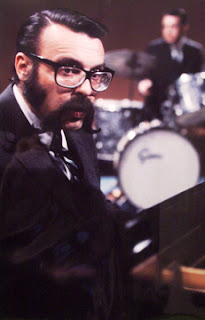 The National Music Council (NMC) will honor beloved Peanuts composer and jazz piano giant Vince Guaraldi, iconic funk visionary George Clinton, and the Country Music Hall of Fame and Museum, at the organization’s 36th annual American Eagle Awards, on Thursday, July 18, as a highlight of the National Association of Music Merchants (NAMM) summer activities in Nashville. The honors are presented each year in recognition of long-term contributions to American musical culture, the ideal of music education for all children, and the need to protect creators’ rights both locally and internationally.

The musical works of Guaraldi, created as both a composer and recording artist, are among the most beloved in the world. Often cited as a major musical and stylistic influence by jazz legends including Dave Brubeck, Wynton Marsalis, David Benoit and George Winston, Guaraldi’s jazz masterpiece “Cast Your Fate To the Wind” has remained a standard in the American repertoire since its Grammy Award-winning debut in 1962. Guaraldi is truly globally revered, however, for the contribution of his musical genius to the works of cartoonist Charles M. Schulz, as an integral part of the Peanuts television specials. There are few places in the world that “Linus and Lucy,” “The Great Pumpkin Waltz,” “Christmastime Is Here” and many other songs — and recordings associated with those masterful programs — are not adoringly celebrated. Guaraldi’s resulting influence on the spread and appreciation of jazz as an international art form has been profound among generations of young listeners. 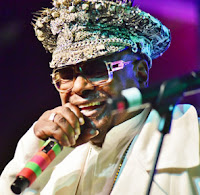 Recording under the banners of both Parliament and Funkadelic, George Clinton revolutionized R&B forever during the 1970s, morphing soul music into funk by adding influences from several of his late-’60s progressive rock music heroes: Jimi Hendrix, Frank Zappa and Sly Stone. The Parliament/Funkadelic sound ruled urban music in the following years, capturing over 40 R&B hit singles, including three No. 1s, and resulting in three platinum albums for Clinton. Through his inspiration, dedication and determination, Clinton elevated funk to an art form, culminating in its full recognition as a distinct and distinguished musical genre throughout the world.

The Country Music Hall of Fame and Museum will receive the American Eagle Award in honor of its commitment to the preservation of American musical heritage and culture, and for the organization’s music education programs, which serve both children and adults. In 2018, the museum welcomed more than 1.2 million guests, presented 12 exhibitions, and guided 1,241 educational programs that provided music-related instruction for nearly 100,000 people. 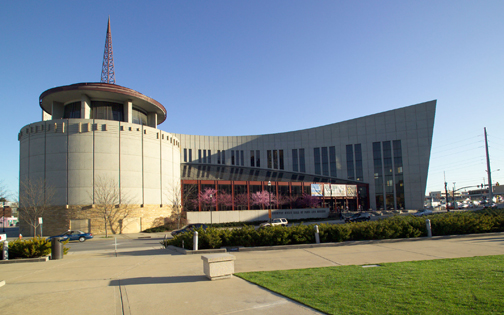 The evening ceremony will take place at Nashville’s Music City Center, which is open to industry members and Summer NAMM attendees. Tickets for this event also are available to the general public. Proceeds from the event support the National Music Council’s music education advocacy efforts.

The National Music Council is celebrating its 77th year as a forum for the free discussion of this country’s national music affairs and challenges. Founded in 1940 to act as a clearinghouse for the joint opinion and decision of its members, and to strengthen the importance of music in our lives and culture, the Council’s initial membership of 13 has grown to almost 50 national music organizations, encompassing every important form of professional and commercial musical activity. Through the cooperative work of its member organizations, the National Music Council promotes and supports music and music education as an integral part of the curricula in our nation’s schools, and in the lives of its citizens. The Council provides for the exchange of information and coordination of efforts among its member organizations, and speaks with one voice for the music community whenever an authoritative expression of opinion is desirable.
Posted by Derrick Bang at 11:24 AM