Thanks to the recent deep dive back into newspapers.com, and the presence of many more publications in their archives, the picture became clearer. Armed with additional hints — and more detailed television listings — the answer has emerged. 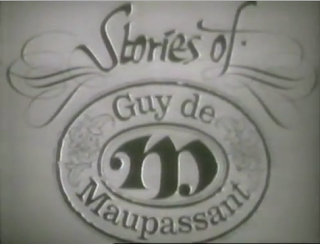 Stories of Guy de Maupassant — also known, more simply, as Maupassant — was a 13-episode Granada-TV anthology series broadcast throughout the UK in the summer and autumn of 1963. Each episode featured between one and three vignettes adapted from works by the celebrated 19th century French author, regarded as an early master of the short story form. The tales often depicted people as grasping, integrity-challenged schemers who got what they deserved, rather than what they wanted.

The series was picked up by NET, and began airing in some U.S. markets in January 1965 (the episodes arbitrarily broadcast in a different sequence). Because NET lacked a uniform nationwide schedule, the series — slightly re-titled Short Stories of Guy de Maupassant — continued to pop up across the country through at least 1967. The series appears to have been “anchored” by San Francisco’s KQED, which — as Gleason reported, in the summer of ’64 — hired Guaraldi, Sete and concert trumpeters Roger Voisin and Armando Ghitalla, to perform the short music “fills” that would occupy the rest of each hour … after a given episode, rather than before (as Gleason erroneously claimed in his January 1965 column).

This is undoubtedly why Guaraldi was a special guest during an afternoon gathering of the National Educational Television Group, on January 29, 1965. The series had debuted two weeks earlier on KQED, on January 15.

Guaraldi and his trio handled eight episodes. Sete did two; Voisin and Ghitalla also did two. (Episode six, Yvette, occupied the entire hour and did not required a fill.) Individual episodes of Short Stories ran varying lengths, so the fills correspondingly could be anywhere from 3:45 to 8:10.

Here, then, is the U.S. schedule, in original broadcast order:

Some points of interest:

• The information above is lifted from the NET Microfiche Special Collection in the U.S. Library of Congress. One would expect it to be precise, so does this mean that Guaraldi performed some of these as a soloist — where only he is named — while the others were done by his trio? That’s particularly intriguing, since one version of “Star Song” appears to be a solo, while the other is with the trio.

• Aside from “Twilight of Youth,” which never has been recorded, I’m equally riveted by “Waterstreet,” a title that appears here and nowhere else: a total “new discovery.”

Unfortunately, these are only data records. I may know more precisely what I’m looking for, but that doesn’t alter the fact that the fills themselves have yet to surface…