Take us back to the ball game! 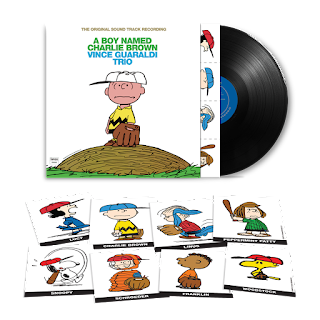 Grab your wallets; Craft Recordings is about to spend a lot of your money again.
The label recently announced a vinyl reissue of the classic album, A Boy Named Charlie Brown. Its nine evocative cues by the Vince Guaraldi Trio have been newly remastered from the original analog tapes by Kevin Gray, at Cohearent Audio.
In stores July 16 and already available for pre-order, the LP  includes a special bonus: eight collectible baseball cards that showcase Charlie Brown’s team of misfits: Snoopy, Woodstock, Peppermint Patty, Linus and Lucy Van Pelt, Franklin Armstrong, Schroeder, and, of course, manager and pitcher, Charlie Brown. The back of each card reveals key stats for each player, including  field position and favorite sandwich.
A Boy Named Charlie Brown will also be offered in three colorful variants: a green-grass pressing at Target; a sky-blue version for VinylMePlease; and a baseball mitt-brown edition at the Craft Recordings Store, limited to 350 units (and, alas, already sold out). 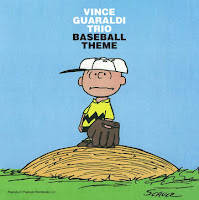 Additionally, one of the album's most memorable tracks, the up-tempo “Baseball Theme,” will be available for the very first time as a stand-alone, 7-inch single, exclusively for Record Store Day 2021. The A-side features 1964's original soundtrack version of the song, while the B-side is an alternative studio take never before available on vinyl (although it is included on the album's 2014 CD re-release).
“Baseball Theme” was one of many tunes Guaraldi wrote for the never-released 1964 documentary, A Boy Named Charlie Brown: to be used in a sequence devoted to Charlie Brown’s ill-fated efforts on the ball field. Guaraldi deftly leads his trio through the up-tempo instrumental track, accompanied by bassist Monty Budwig and drummer Colin Bailey.
The limited-edition single is pressed on white vinyl and housed in a colorful jacket, featuring whimsical, baseball-themed images of Charlie Brown and Snoopy. Visit recordstoreday.com for a list of participating indie retailers.