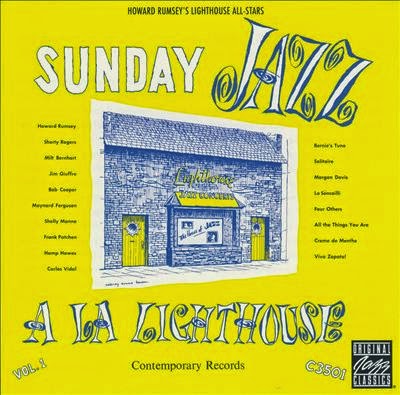 Jazz historian Steven A. Cerra began a correspondence with me last summer, while conducting background research for what eventually emerged as an extremely complimentary review of my book about Guaraldi, which Steve published on his blog in late August.

During the course of our e-mails and phone calls, however, it became obvious that I had to return the favor. The result, obtained during a lengthy interview, is one of the most vivid anecdotes of the late 1950s and early ’60s Southern California jazz scene — with an essential Guaraldi element — that it has been my privilege to hear.

(Sadly, although this narrative includes some wonderful vintage photos that Steve shot back in the day, he didn't get any of Guaraldi.)

What follows comes almost verbatim from Steve, with very little editing or “prep” on my part. His memory is sharp, and his youthful adventures clearly left an indelible impression.

As a teenager growing up in Southern California, Steve was in the right place, and at the right time, to indulge his passion for jazz via regular visits to Hermosa Beach’s iconic Lighthouse, home of the Lighthouse All-Stars.

Nor was Steve an average patron. Although still a high school student during the late 1950s, he already was a well-established drummer in the local jazz scene.

“I had been working clubs for at least a year,” he recalls. “But the club owners and managers knew how old I was, so, during the breaks, they’d force me to leave. I’d have to go outside, often in a back alley, for a smoke. My playing might have been mature enough for the environment, but age-wise, they didn’t want the cops busting the place because of an underage kid lingering at the bar.”

Steve believes he started hanging around The Lighthouse in 1959, drawn both by the nearby beach and the venue’s celebrated All-Stars.

“The Sunday afternoon jam sessions ran from 2 or 2:30 in the afternoon, to 2 a.m. the next morning. It was chicks and beer and jazz, and I was going on 17.

Although able to hold his own on a stage, Steve nonetheless was aware of his limitations.

“I’d been self-taught up until then. When that’s the case, even when you have a feeling for the music, you hit certain walls and limitations. When you sit down with people who are legitimately trained, you can’t help noticing their speed and power. I had the feeling, but I didn’t have any technique to broaden it, and give it depth.”

Read more »
Posted by Derrick Bang at 8:57 AM No comments:

If the relevant Facebook post can be taken as gospel, as of last September 2, Stanford University made the entire contents of its campus newspaper available online: every issue of The Stanford Daily, from 1892 onward. That's ... quite impressive. 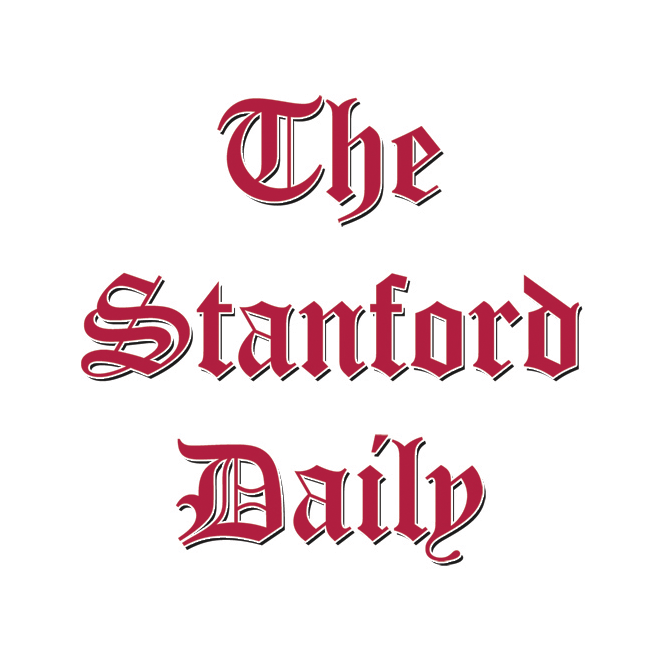 It also represents a fresh windfall for researchers seeking Northern California-based information, as I recently discovered. One of my many Guaraldi-themed investigations happened to pull up a page from the Daily last week, which raised eyebrows and quickly led to the archive home page. A search on the term "Guaraldi" gives 78 results, a good many of which yielded fresh information and/or served as supplementary sources for already established details (always a good thing). A 79th hit pops up when searching for the incorrectly spelled "Guraldi," which once again proves that one must remember to explore alternate spellings of desired terms.

As with all well-designed archives, the results include both articles and advertisements that include Guaraldi's name; the latter are always fun to see, and I snagged several to enhance the visuals on my extensive Guaraldi timeline.

As a result of one such ad, I now know that the Guaraldi Trio's appearance at Grodin's Music Festival — on September 29, 1963 — found Dr. Funk sharing the stage not only with Dave Brubeck, The Four Freshmen and The Brothers Four, but also Carol Brent, Georgie & Teddy, and "Top Rock Stars" ... along with "7 Playboy Playmates, including June Cochran, Playboy Playmate of the Years."

Goodness, what an afternoon that must have been!

A few years further along — on April 23, 1965 — a mischievous music brief mentions that Guaraldi and Bola Sete are at El Matador, and that "As an extra added attraction, bullfight movies will be shown on Sunday night, to jazz accompaniment, no doubt."

The first substantial treat appears May 9, 1966: a review of the previous evening's benefit concert at Stanford's Frost Memorial Amphitheater, which featured headliner Glenn Yarbrough, with an opener by Guaraldi's combo. Despite that billing, staffer Aaron Ross' (somewhat harsh) critique actually devotes more space to Guaraldi, beginning with the first paragraph and continuing onward:

Cool, relaxed, easygoing, that's the mood set by Vince Guaraldi at the Sunday concert for the Convalescent Home. Vince first gained recognition in 1960 with his album "Black Orpheus," taking the sound track from that movie and setting it to jazz.

I'm sorry to say, Vince's music hasn't changed much from those days; he still uses many of the same compositional formulas today. His solos are sometimes interesting, but on the whole are filled with standard clichés.

I don't mean to say that he's a prostitute, just that he's safe. He sticks to the security blanket that brought him fame and fortune. This is sad, because he's a very talented and capable musician. Someday, I hope he shows it.

Vince, for the past few years, has featured a guitarist. The first was Bola Sete, who was such a success, he took off on his own. More recently, he's been featuring George Morel, a semi-classical guitarist from Buenos Aires, Argentina, a very fine technician who has brought a refreshing change of pace.

Read more »
Posted by Derrick Bang at 6:03 AM No comments: 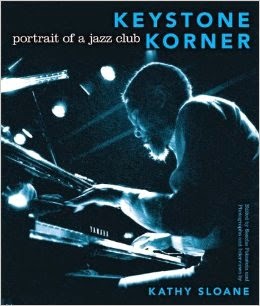 Referencing Kathy Sloane's Keystone Korner: Portrait of a Jazz Club — in my recent post about drummer Carl Burnett — prompted a more thorough search of the book, which revealed an intriguing nugget. The book's preface is written by author, essayist and California Poet Laureate Al Young, who grew up in Detroit but moved to the greater San Francisco area in 1961, in order to attend UC Berkeley. He held a number of odd jobs on the side during the next few years, including a stint as a DJ at San Francisco's KJAZ.

Young's preface to Sloane's book is a poetic overview of the entire San Francisco music scene, broken down by memory, region and venue. It includes this paragraph:

Across the Golden Gate Bridge in exotic Sausalito, pianist Vince Guaraldi — now famous for the scores he composed for the Peanuts TV specials in general, and for the songs "Lucy and Linus" [sic] and "Christmas Time Is Here" in particular — used to broadcast live from the Trident. We carried his Saturday night show over KJAZ. Just then, in 1962, Guaraldi was pushing "Cast Your Fate to the Wind," a number that would become his first international signature hit, and find its way onto his big-selling Fantasy album: Jazz Impressions of Black Orpheus.

Fascinating, eh? Chances of any of those broadcasts having been recorded, and surviving to this day, are slim and none ... but boy, what a tantalizing thought!

Further on the subject of books, chasing an obscure detail led to Don Alberts' 2009 release, A Diary of the Underdogs. Alberts is a veteran jazz pianist and San Francisco native, having shared stages with the likes of Chet Baker, Shorty Rogers and Bud Shank, not to mention serving time as house pianist at Jimbo's Bop City: as demanding a job, in terms of requiring skilled jazz chops, as could be imagined. Alberts also fancies himself a writer, having penned short stories and a novel set within San Francisco's jazz world, along with collections of poetry and this sorta-kinda memoir/oral history of his home town's 1960s jazz scene.

Read more »
Posted by Derrick Bang at 3:49 PM No comments: